Something I've been working on. I'm going with a very detailed underpainting and hope to be able to use a light touch on the colors. 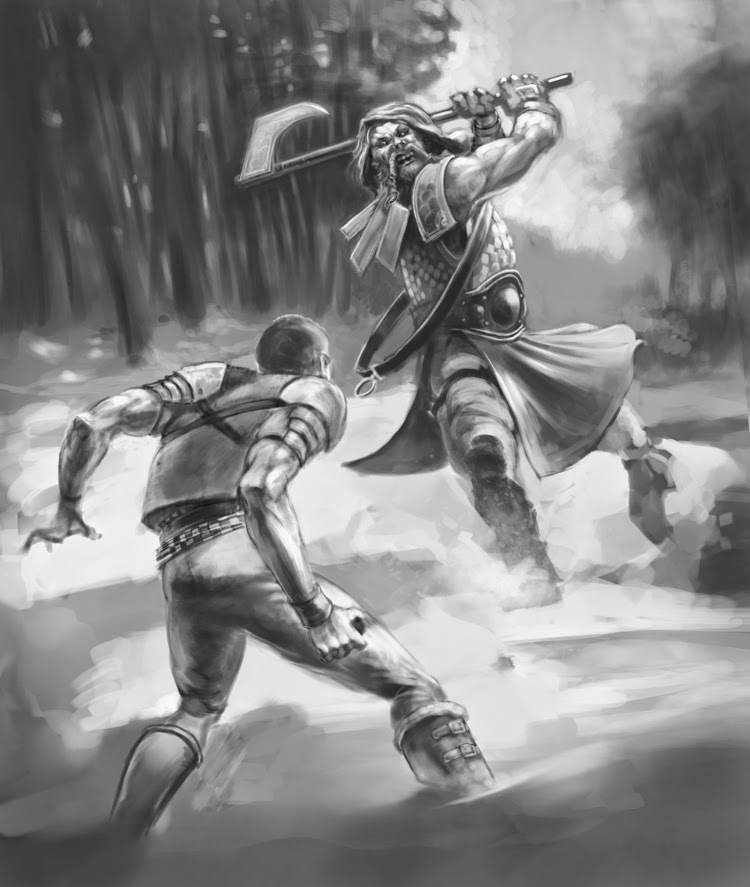 Posted by Nicholas Avallone at 12:31 AM No comments:

Another creature for the same project. The client isn't particular about consistency, so I took a much looser style for this one, which is more natural for me. 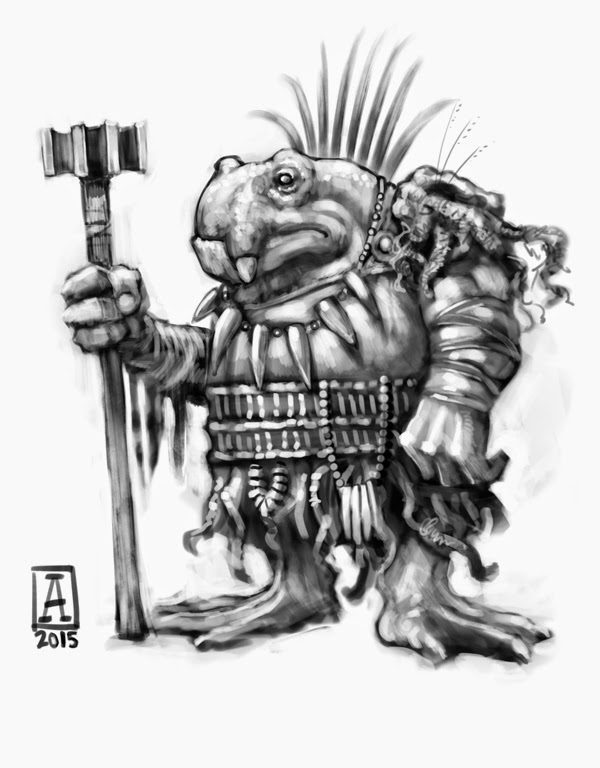 Posted by Nicholas Avallone at 1:18 PM No comments:

Here's a series of creatures I was commissioned to do recently. The client wanted some quick black & white sketches for a project he's working on. A lot of fun to do these! I am pretty pleased in particular with how the two winged creatures came out. 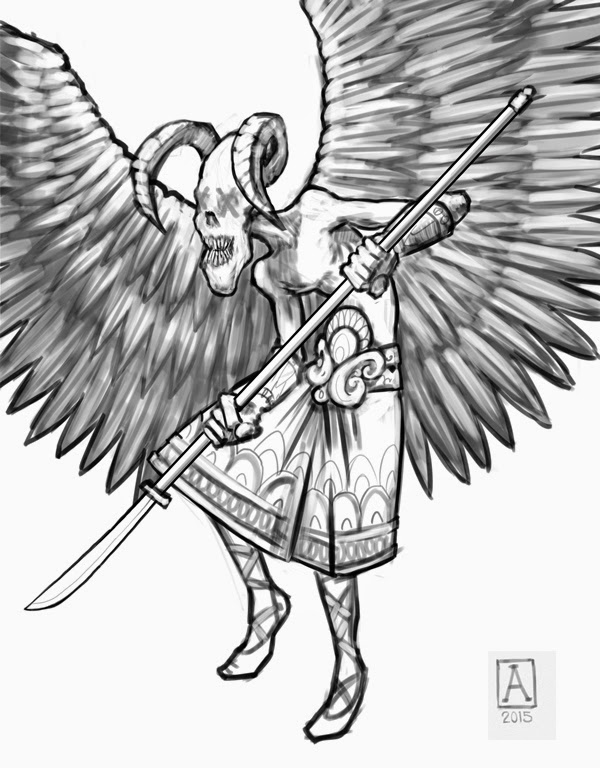 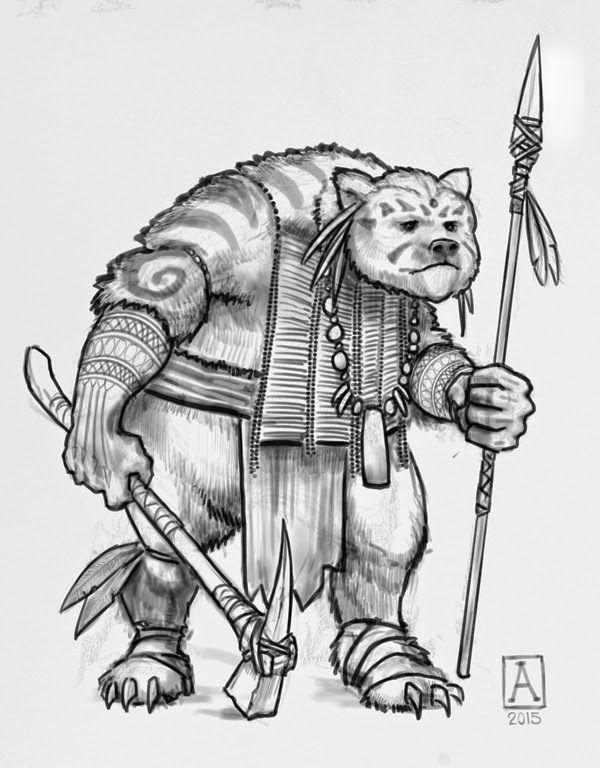 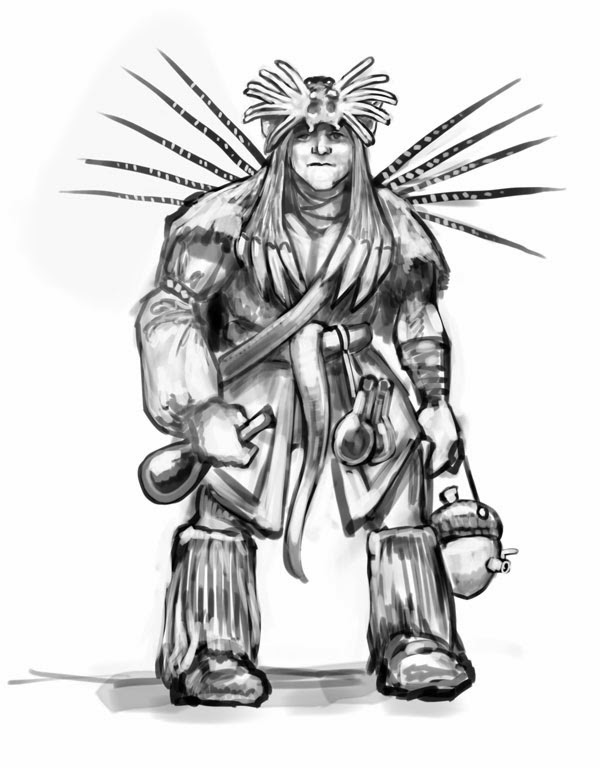 Posted by Nicholas Avallone at 3:39 PM No comments:

Posted by Nicholas Avallone at 1:32 AM No comments:

Here's some "process" breakdown for a piece I recently finished. It's the unlikely tale of how a random doodle gets inadvertently turned into a full-fledged picture, courtesy of a complete lack of foresight.

It started from this little Photoshop doodle.


After looking at it, I thought she looked like she was golfing, so I changed it to give her a more active pose.
Two months later, I threw down some basic colors.

But after ignoring this upstart doodle for two months, I decided the pose was still not quite right. She looked like she was resting, and I decided I wanted her to be chopping down with the blade. Perhaps through the neck of a humongous snake?

Next came some more work on the arms and an attempt to bring some of those initial colors under control.
After another 2 month hiatus, more color tweaking, in an effort to warm up her skin and get some color into the snake.

Then I decided the colors were too bright. Again.

Then I left the piece for another 9 months, distracted by other projects. When I came back to it, I made some big changes. I added more details to the armor and hair, added the gloves, changed the motion of her bikini bottom, etc.

After a couple of months more, I came back to it and finished it up to its final state, as seen above. I used a lot of color overlays to bring consistency into the palette, and added details to the snake.

Posted by Nicholas Avallone at 5:00 PM No comments:

I love drawing goblins. It's my default thing to draw when I put pencil to paper. 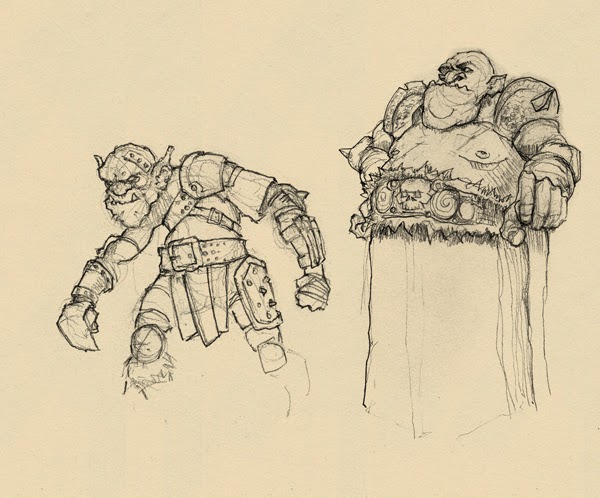